CQROC’s vision is to be recognised as the authoritative voice on the region’s policy and infrastructure priorities. 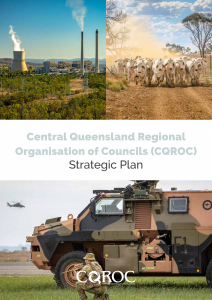 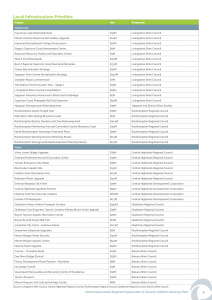 Following the winding up of the Central Queensland Local Government Association in 2013, the need was recognised for a replacement vehicle to enable Central Queensland councils to work together to enhance the economic growth, social capacity and environmental sustainability of our region.

The CQROC held its first meeting in January 2014 and is a voluntary alliance between the collaborative councils. The CQLGA had featured four of the six CQROC members, with Isaac Regional Council since aligning with the Whitsunday Region of Councils. Livingstone Shire, created after de-amalgamation with Rockhampton Regional Council, and Woorabinda Aboriginal Shire councils have now linked with CQROC.

In order to achieve its goal CQROC seeks to:

In fulfilling our objectives, CQROC’s specific functions are to:

CQROC consists of two elected representatives from each of the participating councils. The Chief Executive Officer from each Council also attends the meetings.

Would you like to know more about CQROC? Get in touch.